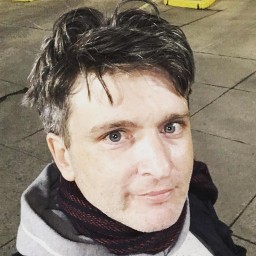 [DISCLAIMER:]    GODADDY is an affiliate partner off DUSTBUNNY CREATIVE —

Dustbunny Creative loves GODADDY ?  Anyone remember that Google Msg/ Tweet combination about how GoDaddy was just a bunch of pirates and the whole damn company a rotting corruption factory taking advantage of laws which haven’t had a chance to be written yet?  – YEA. Well, GoDaddy never dropped their partnership with Dustbunny Creative. And, Likewise Dustbunnycreative woudn never dream of dropping their partnership with GoDaddy.

has been anything but. Truthfully I’m addicted to buying domains.  Like, its an actual problems.  That and I liked how they gave me this “OUTREACH” account which tallied up how much money I made that month. [NEVER EVEN ONCE DUSTBUNNY SAW THAT THING IN GREEN].  There were also these vague, quite spammy sort of GODADDY ads you could post all over you site which would make money and that, by the way, NEVER annoyed the shit out of ANYONE or EVER lowered the standard of someone’s site long enough for a user to utterly pass by what otherwise would’ve been a delightful recipe on Pumpkin Muffins.

Man, I was honored,

Even when i’d come to rant against them, not once did I entertain turning my back on htem, not oince.

somehow two company’s can remain partners even while one (Dustbunny Creative) has on many numbers of occasions unleased out in cuss storms at the former (GODADDY ) —– often for events which, when smoke cleared, were entirely of Dustbunny Creative’s making —–

IT IS FOR THIS REASON GODADDY  DESERVES THE FLOOR,

[NOT TO MENTION HOLY SHIT HAVE YOU SEEN THEIR SITE LATELY?]

Some of you know Dustbunny Creative has several partnership deals with various either bigger or  otherwise superb companies. These businesses are known as Dustbunny Affiliate Partners, Dustbunny Product Partners, or, in the case of —   ADOBE.

Yes, Dustbunny Creative is indeed an Adobe partner. Not storytelling for the brag, But for the bite. Now my dream of running an Adobe school for underprivileged high school kids in Lowell has a mold whichto take form.  Adobe offers Dsutbunny their full support in the matter, including all elements getting the school up and running, offering my certifications up at generous measures, SO YOUNG HEADS, take to everyone, build apps, experiment,

[Young Heads, you can get free apps if you use them right, if you discover on them and show off what they can do. Blog about everything  under the sun, talkl to CEOs like your media CNBC, let the money heads explain how to make money with their apps —

whose Partnership is least clear cut of the big animals who sleep by Dustbunny’s Studio, curiousoties struck, deals offered. LISTEN HERE, BUSINESS HEADS, YOUNG AND OLD, NOTHING FELT AS GOOD AS THAT NIGHT HAVING ADOBE OFFER ME A PARTNERSHIP FOR DUSTBUNNY, YOU SHOULD KNOW THAT FEELING. KNOW THAT FEELING. ADOBE ISN”T TOO BIG TO STILL MAKE PARTNERS. ADVICE TO THE NEW HEADS, MAKE AS MANY PARTNERTS AS YOU CAN. MAKE MORE THNA YOU NEED. NOT EVERYONE GONNA LAST, ENJOY IT ALL WHILE EVERYONE’S FOOT ON THE GAS AND YOUR EXPLORING DOPE SPINS ON ANCIENT APPLICATIONS SO SMART ITS LIKE REINEVNTING ELECTRICITY,
[God-stared and studded Partners from a Future where Dustbunny Creative’s Adobe School has long since grown in benefit from the Adobe generosity of their Educational Partnership their business has with ours, Dustbunny Creative.]

PARTNER DEALS for all you business begins, are awesome. Usually they result in a swap of information in the form of products, and soon PARTNER DEALS take a life of their own. You find your APPS window all OVERFLOWING with free TOYS!

Now,  not all of these deals – made in bursting flashes – make the bath-salt like exchange of several of hyped up late night business huffers of a high when two new energies volt and spark and in certain cases become joined by like-tendencies and unrivaled functions, achievement, and overall usefulness; — thats the PARTNER TO PARTNER deal, guys, like when I discovered       —

balsamiq   [  http://balsamiq.com/  ] – and literally website bundling was never as much fun as I suddenly was having  {the site wireframing and so much more App review coming soon}

emails of two new business energies entering into a case of becoming under tendencies of which might be categorized as a form of mania. In actuality one big dream intoxicates the new dreamer when the new dreamer dreams how that last big dream now will be added to his own new big dream. It’s a real rush.

After days at desks and old tools and something happens as you tap into the ever flowing stream of new apps and other similar or relevant type market structures with most tools new and held to a certain ambition ceiling which is even more the excitement when paired beside anything Adobe releases, and though Adobe I do love, Adobe I do plan on meeting my obligation in across-the-board verification of Creative Cloud as well as Marketing Cloud, thus be ready for opening my own school for the underprivileged, Dustbunny Search Engine Optimization, Digital & Dynamic High Arts, & Modern Publishing Acadamy.

These next topics would fall under the banner of Dustbunny Creative’s Second Hopeful Academic Branch, App Business, All Hats Of Real Estates, Digital Advertising, Google Keyword Fortunes; – these topics haven’t got proper names yet, but you get the idea. It’s not the dark side because only a fool believes that this isn’t the high seas and that these aren’t the times which are the same times as I once, while a niave boy, led me to an outburst decrying GoDaddy as high pirates on the golden gadget tech seas – see, I’d lost a URL, bostondesigner.com — or so I thought. Some rabid emailer spammed me that he was taking it and it had slipped through my fingers in auction.

bostondesigner.com never left my hands (for sale – $3,700) but the lesson was learned.

In the following blog posts I will take up GoDaddy Blake Irving, CEO of the Black Pirates themselves, and I shall rate there new services, products, and tantalizingly spellbinding deals.

Dustbunny Creative — dustbunnycreative.com — web and it all, since 2000

About the Author Beach Town Bums

Your first class is 100% free. Click the button below to get started!

Please log in again. The login page will open in a new tab. After logging in you can close it and return to this page.